A peaceful transition of power. That is one of the amazing hallmarks of the Republic of the U 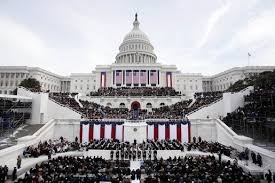 nited States of America. It is amazing to watch this take place in this marvelous country that God has blessed for well over 200 years.

I find it interesting that over 60 congressional Democrats chose not to attend the inauguration. Someone forgot to tell them that the inauguration is not about a person, a political party, or winning an election. Is not about partisan politics. Is it about our Republic. It is about one nation under God. It is about the smooth operation of government as we face the future together.

The reality is that even though Donald Trump did not attend their swearing-in ceremony when they became congressmen, they are still representatives in the United States House of Representatives. Now guess what — even though they chose not to attend the inauguration, Donald Trump is in fact the 45th president of the United States. They are the ones who lost out by not having the integrity to recognize the significance of this event. The districts which they represent lost out because they did not have their congressional representatives at this event. The American people lost out because some of our congressmen chose to be shortsighted and selfish and un-American.

Hillary Clinton should be commended for her integrity and for her example of understanding the significance of this event. The congressmen of her party should have followed her example, and taken the spotlight off of themselves and placed it on the symbol of our great nation — our flag which represents the fact that we are indeed one nation under God, indivisible, with liberty and justice for all.